How to Stay in Google’s Top 10 Results

and not go crazy

I want to tell you guys something kind of personal about myself. It’s not too personal.

I wanted to share with you that my favorite movie as a kid growing up was the Goonies. I absolutely loved that movie. It was a fantastic movie.

So you’re probably saying yourself well, Chris, what does your favorite movie being the Goonies have to do with SEO?

The interesting part is that it has absolutely nothing to do with SEO, but it has everything to do with how I’m going to explain how the search results in Google actually work.

So I mentioned that my, my favorite movie as a kid was the Goonies, but as a kid, I actually had a top 10 list of movies. It was probably, it was me,

Now as a kid, that top 10 list of favorite movies was not set in stone. As you may know, especially from kids, they have the capacity to watch the same movie over and over and over again, but they’re also very, very fickle that there is going to be a rotating list of those top 10 movies.

From time to time that top 10 list if a new movie came out, that was super exciting, might move another movie off of that list and kind of bumped into that 11 and 12 space.

So that is very similar to how the search engines work.

So let’s look at it from this standpoint in the search results.

Oftentimes if you look at Google search console, you’re going to see that your rankings for a particular keyword term, especially in the top 10 results is going to move up and down quite a bit. Sometimes it might be a position for six, eight, maybe number three, it’s going to be all over the place, right?

It’s almost depending on the mood that you’re in, right?

So we got to look at it that way, anytime you’re in the top 10 search results, you’ve got to recognize that those positions are, are, they’re gonna, they’re gonna wiggle it around for a bit. And every so often you’re going to get bumped to position 11, position, 12 position 13. You’re going to get removed from those top 10 search results. And the reason being is because of a blockbuster movie or in this case,

Perhaps it is a more relevant piece of content or an even stronger competitor in that respect.

So what I want you to do is anytime you’re monitoring your keyword positions, first off, if you’re in the top 10 results and you see things move around, don’t worry about it. That is normal. It’s going to happen. If you do see yourself getting bumped out of the top 10 results and you stay there for, you know, a few days or a week, then it’s time to, to kind of pay attention and figure out what’s going on.

So there’s a number of reasons why you might get bumped out of the, the top 10 results. And the, the main one is a new competition. You’re always trying to get into that top 10 results, but so is everyone else. So every once in a while, there’s going to be someone who’s going to come along who is maybe a higher authority.

Maybe the, the content just better serves that customer. And they’re going to move into that top 10 spot and someone’s going to have to get bumped and sometimes that’s you.

So that kind of is going to trigger in your mind. Okay, you need to think yourself now, why did I get bumped out? And this new person came in. And at that point, you want to make sure that your content actually does line up with the, the search intent of the user.

So sure your search intent may have lined up at some point, and you were in those, those top 10 results, or even the top three positions, but sometimes search intent can change just like people’s favorite movies can change.

It depends on, you know, the world around them. Like, for example if you asked me, you know, 20 years ago, what was my favorite movie? I would probably say it was, you know, Pulp fiction or something like that. Right. Are you asking me in my thirties? I would probably say actually I probably would, because I raised my kids in the thirties. I never watched movies, but if you asked me now, my favorite movie is it probably would go back to the Goonies. Actually. I love that movie, but so what’s happening is depending on the landscape, depending on the world, that search intent may change.

Your movie list is going to change as you get older.

You really need to monitor the, the, the search intent of the keyword. So it’s not just always about ranking for that keyword it’s people’s perception of that keyword as well.

The other side of things is it could be an authority situation if perhaps you’re ranking in the top 10 results and your page doesn’t really have that a lot of that much authority.

So maybe there’s not a lot of links pointing to it.

And someone who comes in who’s got more links, more authority, maybe that’s the case. Maybe they got bumped out.

So the interesting part is you really need to, to figure out why you got bumped and oftentimes it’s going to be, it’s going to be relevancy or authority. So in those cases, my main thing to do is the keyword that you’ve got bumped for. Go ahead and basically check out every single result and the top 10 results, analyze what they’re talking about, analyze why you think that they are ranking for that keyword.

And if it doesn’t line up anymore, you need to change your content. If you find that you’ve been bumped into that number, you know, 11, 12 spot, and your content is still does line up.

That’s when you say to yourself, okay, this is an authority play.

I need to share my content more, get more eyeballs on it, try to get more links to it. So that Google then recognizes that my piece is actually an authority piece. So that’s kind of a, an interesting play to take on there. And I’m just going through my list, making sure I’ve got all the points and that, that is basically it. I know it seems like it could be really complex as to why you get bumped out of the, the top 10 search results.

So as long as your rankings may change, but the number of conversions leads or whatever it is, the purpose that you have, people come to your website, doesn’t decrease. You’re probably okay.

Minimalist SEO is a division of bWEST Interactive 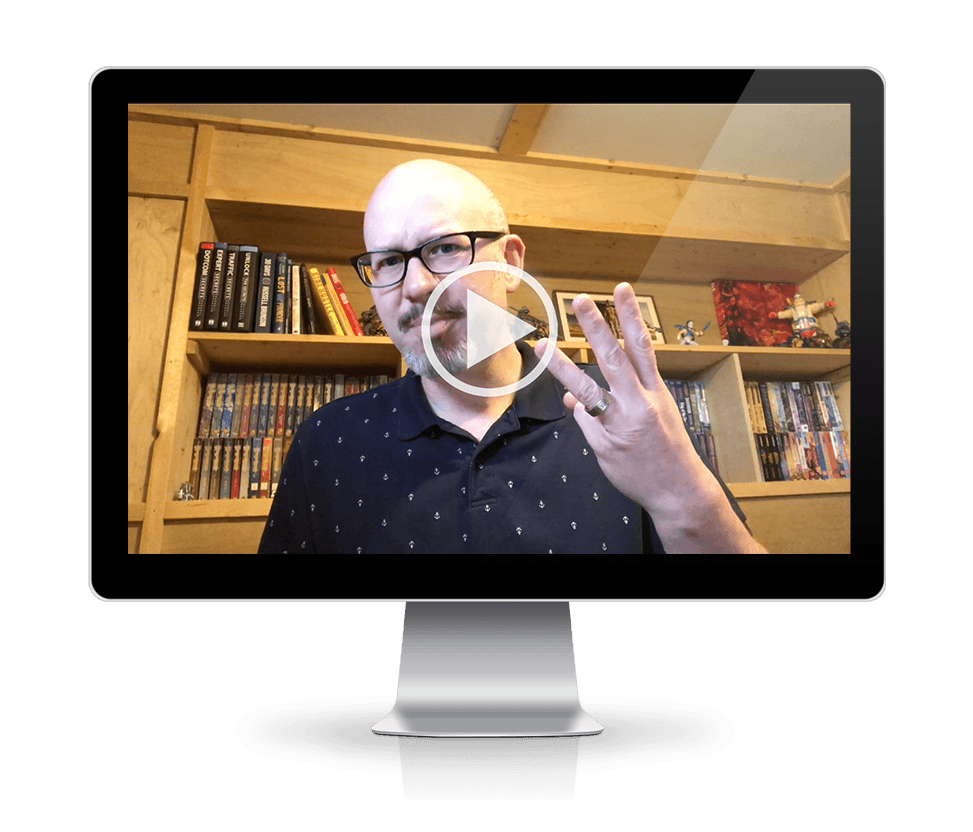 Learn the simple process that will show you how to simplify your SEO efforts and save time by not doing keyword research!

Learn how to do SEO without keyword research